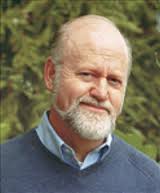 We are pleased to announce the addition of Charles H. White, a well-known landscape artist to our website.  We have devoted an entire category to this famous artist whose breathtaking work is truly magnificent.  It is as if he has seen visions of heaven and knows how heaven must indeed look.  The attention to detail in his paintings is unmistakable and unmatched by far. His use of bold color, color contrasts between light and dark shading, and the feathery layered looks that are his trademarks have earned him a place of distinction in the world of art.  His depictions of landscapes and gardens have a certain luminosity to them that captures the eye and makes each one of us want to simply leave our cares behind and walk right into his paintings.  Take a look at the range of his artwork.You will truly be mesmerized.

Charles H. White, born in 1943, a native born artist from Quebec, won his first national art competition at the tender age of 10.  When he became a teenager, he began selling many of his artworks, and decided to refine his artistic skills by attending Brigham Young University graduating in 1967.  After graduation, he decided to make art his life-long career.  His original works are collected all over the world as he has achieved international fame as well.

As a landscape artist, Charles White has mastered and dominated every season and has brought out the best in every setting.  I have admired his work for many years, and I am grateful to be given the privilege to present his art to you in the form of cross stitch patterns.